If one of the potential markers of the Anthropocene in the strata record of the planet will be the concentration of CO2 in the atmosphere, then – as Katherine Yusoff points out – this marker has a cyclical fossilisation. It is the discovery and combustion of fossil fuels that has enabled the massive expansion of population and consumption over the last 200 years. The burning of fossils petrified over the millions of years since the Carboniferous period causing the CO2 spike, the effects of which we are now experiencing. And many of the technical and scientific discoveries that are emblematic of modernity are founded on the energetic intensity of this combustion – including the high temperature furnaces required for both volcanology and semiconductor manufacture. The extensive physical traces that we will leave in the sedimentary record of the planet has only been possible due to an equally extensive extraction and consumption of carboniferous fossil fuels from Earth’s deep past. As Yusoff writes “in unearthing one fossil layer we create another contemporary fossil stratum that has our name on it”.

Contemporary geologists have begun to categorise these speculative future fossils according to the ichnological system used by palaeontologists. Using this system, habitation traces are termed domichnia, locomotion traces repichnia feeding traces fodichnia and so forth. There are however several categories of trace that will be left by human habitation that do not translate directly onto existing ichnological classifications. Jan Zalasiewicz, for example, proposes the category of frivolichnia to stand for pleasure traces: “Think of it: cinemas, sports stadiums, parks, museums and art galleries, theatres, gardening centres…”. But what of our media? How might we classify the many technical objects that humans have invented and used for the purposes of recording, communicating, and computing. If we are to follow this method of categorisation by purpose or function then we can hardly reduce the many social, commercial, and cultural functions fulfilled by such devices to simply pleasure. A further expansion of such categorisations might then include commichnia for communications media or compichnia for computational media. And it is speculating on the petrification of these devices within the strata record of the Anthropocene that I am primarily concerned here, the sedimentary accretion of which Jussi Parikka describes as “piling up slowly but steadily as an emblem of an apocalypse in slow motion”.

Zalasiewicz has spent several years working (more broadly) on this very question as part of his role in the Anthropocene Working Group (AWG), and across various articles makes several observations that are of relevance to an attempt to speculate on the future fossilisation of contemporary electronics. He notes for example that “humans produce artefacts from materials that are either very rare in nature or are unknown naturally”. These novel or highly refined materials exist in our media in concentrations and combinations not found occurring naturally, and it is reasonable to assume that the “anthropogenic lithologies” that they will petrify into will be no less extraordinary. Take, for example, the smartphone, which a recent geological research project at the University of Plymouth found to contain such a vast array of metals and minerals that they merit listing: iron, silicon, carbon, calcium, chromium, aluminium, copper, nickel, tin, indium, germanium, antimony, niobium, tantalum, molybdenum, cobalt, tungsten, gold, silver, dysprosium, gadolinium, praseodymium, and neodymium. How might such a densely packed combination of rare chemical elements petrify if buried, either in landfill or by the slow underwater sedimentation? 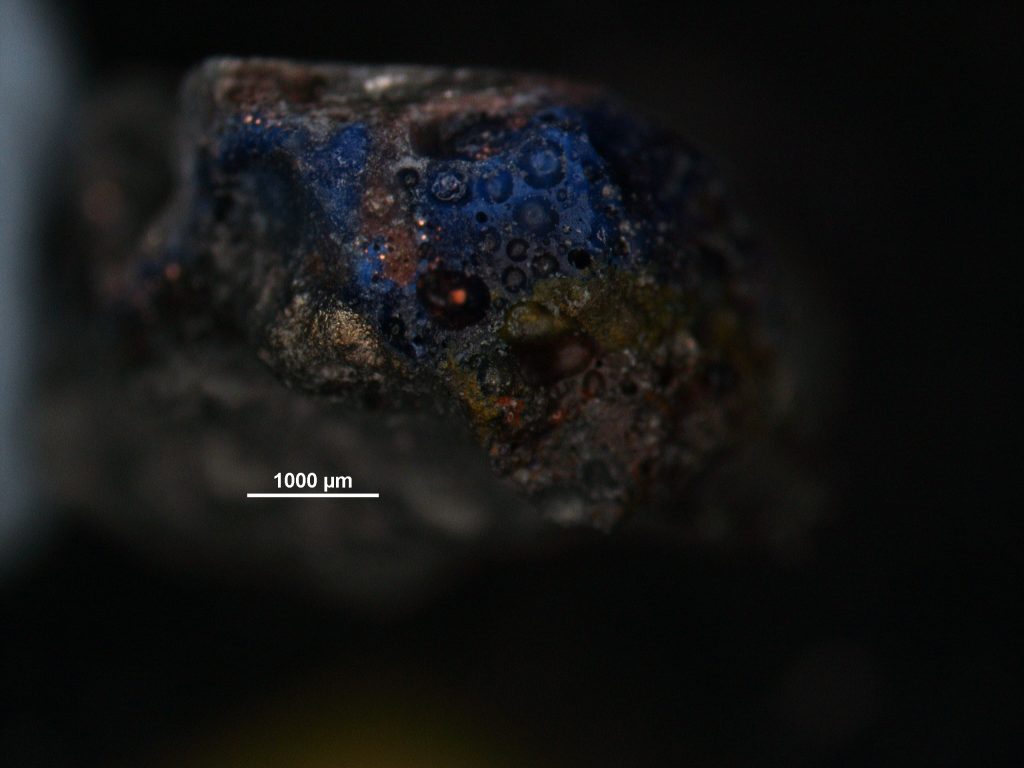 The key variables, Zalasiewicz et al. inform us, are moisture, temperature, oxygen content and pH. In the example of landfill, the human propensity to dispose of rubbish in plastic bags produces numerous micro-environments within the lining that surrounds the whole.

Placed in a bag with discarded food, a watch will soon stew in acid leachate and may corrode away completely. However, if placed together with some discarded plaster or concrete it could rapidly become encased in newly crystallised calcium carbonate. (legacy of the technosphere)

How the plastic casings, printed circuit boards, glass screens, ceramic and metallic components of contemporary media will fare under these myriad subterranean chemical conditions is likely then to be almost as variable as the obscene diversity of brands and model numbers under which they are now manufactured. Some percentage of the plastics and polymers may in the right conditions ultimately form percolate through the surrounding rock to form new oilfields. Some of the metals may erode fairly quickly, oxidise and recombine with other surrounding minerals, while others, particularly stainless and other industrially hardened types of steel, may well last long enough to leave an inscription of their shape in the surrounding rock. But one of the most intriguing possibilities lies in the omnipresent silicon microchip, or integrated circuit, which has become the defining component of our contemporary media. Silicon and quartz – which Zalasiewicz describes as “chief” of the most resistant minerals – are remarkably inert, most acids do not attack them and they defy most chemical weathering. There is then a tantalising possibility that a significant number of these could survive the extremes of pressure and temperature, and, furthermore, given that microscopic details of graptolites have been preserved in the process of fossilisation, might the microelectronic paths of some of these chips retain or impress their form in the surrounding lithosphere through deep time?

These microscopic details of graptolite structures are retained due to the formation of pyrite – otherwise known as fool’s gold – inside the hollow spaces left by their skeletons. Pyrite, Zalasiewicz informs us, “tends to form in subsurface cavities … often filling the entire space to create perfect replicas of their interior”. Once pyritized these structures are remarkably resilient, surviving the extreme pressures through which mudrock transforms into slate. So, although once exposed to oxygen and water pyrite weathers away, the cavity remains intact. Commenting on which contemporary urban detritus might be candidates for pyritisation in the coming millennia Zalasiewicz includes: “the interiors of any of the myriads of tiny metal and electronic gadgets that we now produce in their millions … for these in themselves contain iron, one of the ingredients of pyrite”. According to the experiment referenced above iron in fact accounts for the largest proportion of a current smartphone: 33 grams, so, as Zalasiewicz concludes, “part of the detritus of human civilisation will certainly bear the sheen of fool’s gold”.

According to recent geological expertise then, there is a significant chance of our current media persisting as petrified traces of our technological culture. While the apt poetic irony of the term fool’s gold will not survive through deep time, it seems likely that the media technological trinkets of the present will, perhaps in the form of polished rectangular pebbles of improbably pure silicon surrounded by a glistening pyritised cavity. If such a fossil is ever unearthed millions of years hence, then the folly of its mass production and visual appeal might well be legible in its coincidence with the dramatic increase in CO2 levels and its concomitant impact on the biosphere. As Sy Taffel writes: “technofossils leave curious material traces whose geological appearance will be accompanied by a major reduction in global biodiversity, the sixth mass extinction event in the stratagraphic record”. 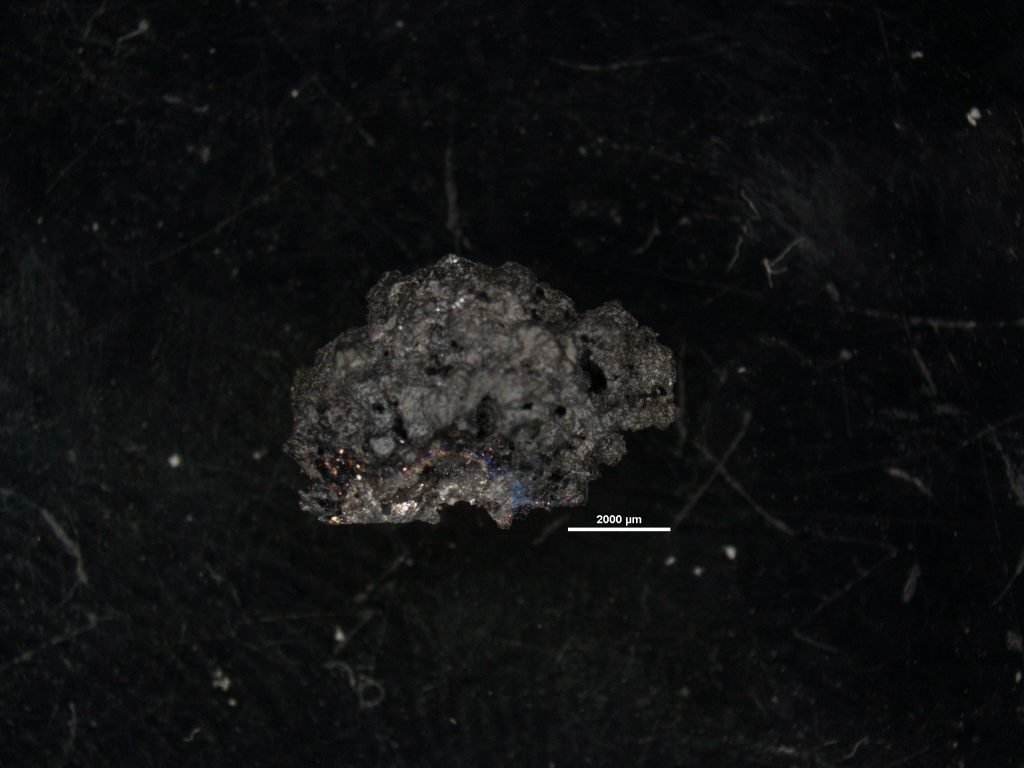