From Friday 23rd to Sunday 25th July I will be showing a new video installation at  D-UNIT, Bristol: 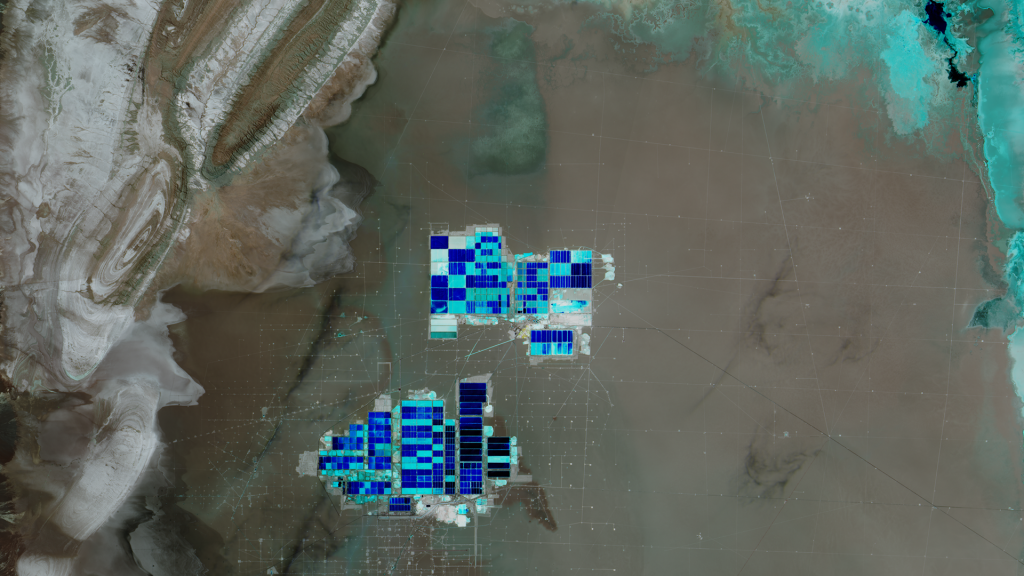 We mine and refine rocks to make pixels glow. Digital electronics now outnumber human beings, each individual unit uses the vast majority of terrestrial metals in its components. According to the US Geological Survey 22 billion handheld electronic devices were manufactured in 2014. The LED screens in these devices used 130kg of gallium, 170kg of cerium, 120kg of arsenic and 180kg of lanthanum. If we knew the average number of pixels in each device we could calculate the geological cost per pixel of our screen time. The earth observation satellite Sentinel II produces another image of every site from which its raw materials were extracted every five days. These images have a ground resolution of 10 square metres per pixel, but we can’t calculate how many square metres of terrestrial surface were turned over to produce each pixel in its camera. If we could we might be able to derive a planetary resolution: the total number of pixels the Earth can support.

Using hacked PC monitors, satellite time-lapse, and found footage of electronics manufacture and recycling, this new video installation connects the flickering screen image with the cycles of extraction that make its appearance possible, asking how many pixels and how much screen time the planet can sustain.

D-UNIT has been initiated by artist Megan Broadmeadow and her partner Ed Metcalf with an aim to provide opportunites for 2020 graduates who were unable to have degree shows as well as artist-led initiatives from Bristol based artists and exhibitions for UK based mid-career artists. They will also be running public workshops in practical work and digital skills over the winter months.

D-UNIT is located at: